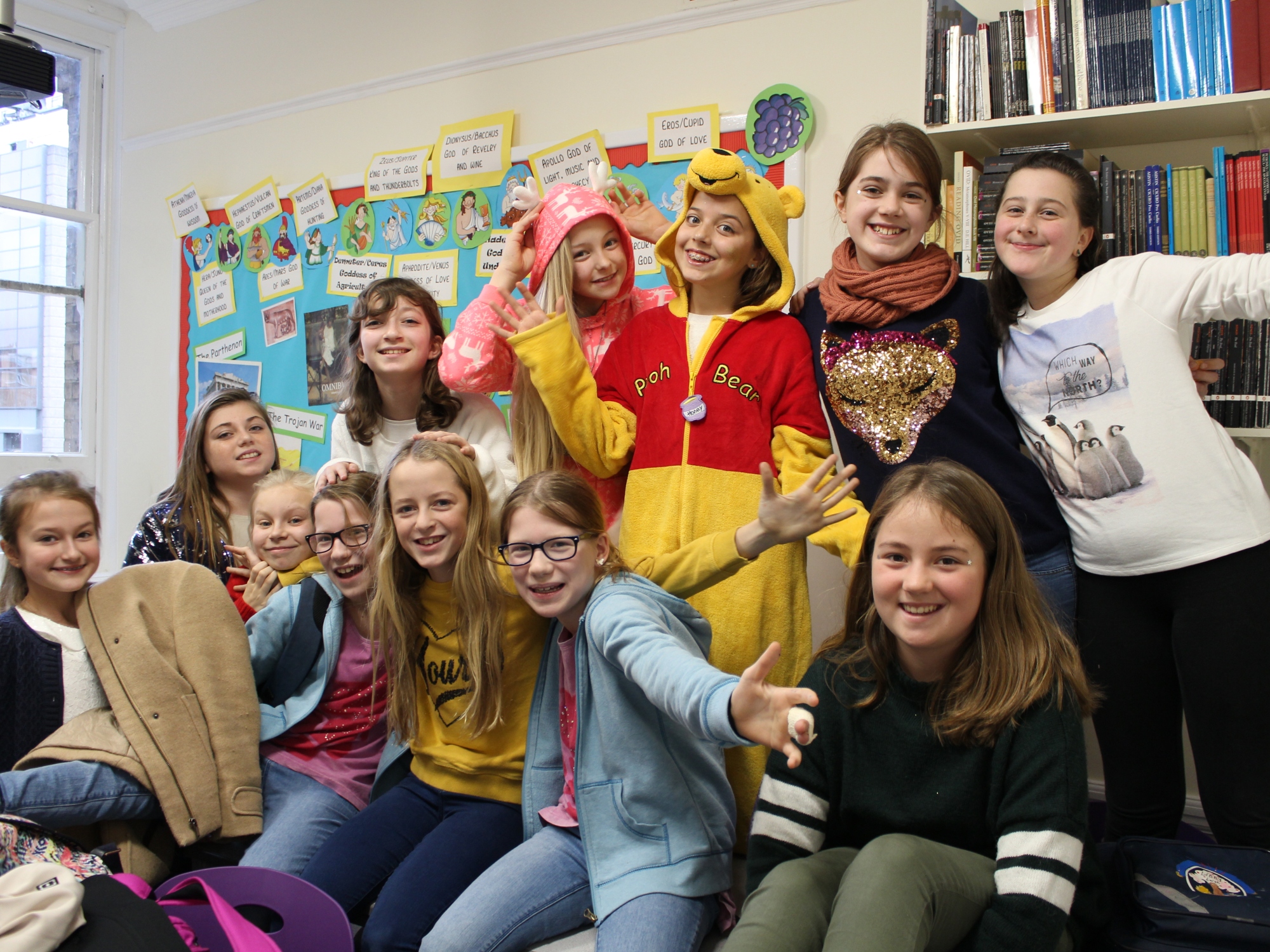 We are busy preparing for the last three weeks of term. With ‘Guys and Dolls’, Christmas Fayre, Carol concert and over 130 Year 6’s to interview- it is going to be a busy few weeks!

However, this week was no different……..

Thank you for all the donations that came in this morning for the Christmas Fayre. The theme ‘Sparkle and Shine’ was a popular one.

After last week’s miserable weather it’s been a drier, busier week for the PE department. We’ve had 8 netball fixtures and a cross country competition.

We started off the week with two Year 7 games against Lady Margaret – while we were not victorious, the girls put up a good fight and played well. Better luck next time girls!

On Thursday we took 21 girls to the Queen’s Gate Cross Country competition in Hyde Park. It was a muddy affair but we had some great performances and finished 3rd out of 6 schools that entered. Special congratulations go to Flora O’D who finished 3rd in the senior race.

The RBKC fixtures on Thursday were dominated by More House. The Year 9’s (with the help of Josie and Eya from Year 8) absolutely thrashed Sion Manning 27-0 and then beat Holland Park 7-1. Well done to Juliette who scored a mighty 29 goals! The Year 10/11 team recorded their first win, beating Queen’s Gate 6-4.

It’s absolutely brilliant to see the hard work paying off and to see how pleased the girls are when they return from their matches victorious. Well done to you all!

On Tuesday evening the Junior Debating team held their own in The London Junior Debating League. There was stiff opposition from St Paul’s and Hammersmith schools but the team held up remarkably well, particularly in the unprepared debate. ‘ This House believes all police in the UK should be armed ‘ – such a topical subject really fired the teams up and each team presented their arguments with a good degree of clarity.

The year 7s, Nicole, Ella and Victoria were very impressive especially as some of the opposition were older. The judges thought More House girls handled points of information with ease and both judges and spectators were very impressed with the way the team researched and delivered their speeches (particularly Ella, who is developing some real debating skills).

Mr Hegarty would also like to thank the older girls, Manaal and Lily who helped with timing and judging, which was very much appreciated.

The team will have a return challenge before the end of term, which I hear they are really looking forward to – so watch this space.

Yesterday the 6th Form German students and Miss Brown went to the BFI for a workshop about German films. Girls watched clips and answered questions about various German films and it was a great opportunity for them to speak

German and develop their knowledge of film and issues facing contemporary German society. In the afternoon session they watched Angst essen Seele auf by Rainer Werner Fassbinder which portrays the problems faced by Gastarbeiters in German. Although released in 1974 the film is still very relevant today.

Year 11h have decided their contribution to the CAFOD Christmas charity appeal in school will be a donkey !! They started with bees but have now decided a donkey might be more useful to the African communities. They are organising a raffle in order to raise the money so, they will be selling tickets next week to win a Starbucks voucher. 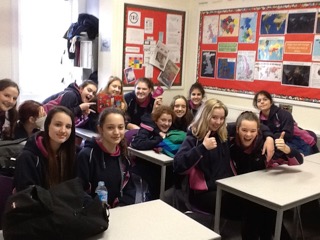 We are going to hold a Mufti Day next Friday 4th December, with the theme ‘Village Life’ and see if we can buy something substantial for our village.

If you would like to donate a gift, please have a look at the website and send in your donation with your daughter

Don’t forget to have the 5th December in your diaries, as it is our annual Christmas Fair. The Parents’ Association, girls and staff have been working hard behind the scenes organising a fabulous array of stalls and raffle prizes. It is not to be missed!

Last chance to buy your tickets for the production of ‘Guys and Dolls’. I have seen pictures from one of the dress rehearsals and it looks like so much fun.

Prayer of the Week:

We want to be generous people

of the earth and of our labour

Help us to put people

before possessions in our lives.

Through Christ our Lord