I cannot believe that it is half term already.  The girls and staff are well and truly ready for a rest after all the events this week.

Miss Minto has lots to shout about this week as the Kensington and Chelsea Netball League has ended. The leagues were played from September until now, with 7 or 8 schools participating in the leagues.

Here are the results –

What a fantastic set of results from all the year groups- great team work girls!

Mr Hegarty reports on the national poetry competition, Poetry By Heart: As we move towards half term the English department is thrilled to have had Sky Year 9 compete in the regional round of this competition.

Sky was chosen to represent the school after winning the House poetry recital last week. The  regional competition venue was at the Festival Hall, where several central London schools took part. Sky delivered her poems with clarity and fluency, making good sense of the emotional context of the pieces. Her delivery of Brooke and Kipling was clear and engaging. There were prizes for all and although the Sky was not a winner she was a great contender.

It is a great challenge to stand up and recite poems by heart but one which has many benefits, so all the girls who took part in the poetry recital at school are to be congratulated. Hopefully, words, phrases or imagery may stay with them for many years to come offering a window of clarity on aspects of life hitherto confusing and maybe even unknown.

Seamus Heaney was quoted before the competition began:

‘I can’t think of a case where poems changed the world, but what they do is they change people’s understanding of what’s going on in the world.’

Now, who can argue with that? 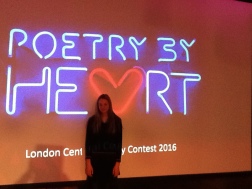 Throughout the week, Mr Robertson has been running a new House Competition, Pointless.  You may have seen the BBC TV version, but the way it works is Contestants, who play in teams of two, are tasked with finding the most obscure answers to general knowledge questions based on pre-conducted public surveys of 100 people. A correct answer which none of the 100 people in the survey gave is deemed a “pointless” answer. We had fun guessing films from emojis, deciphering anagrams of staff names and a range of general knowledge questions. Well done to Walsingham for becoming the Pointless Champions. 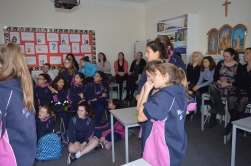 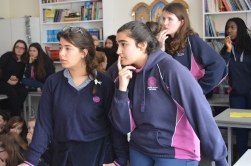 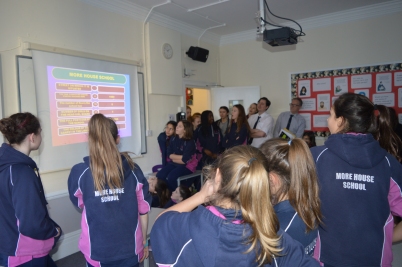 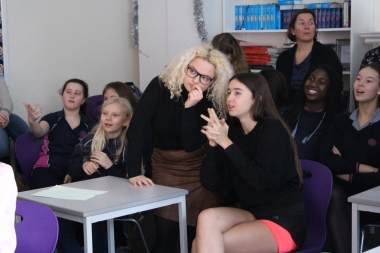 Last night I was treated to the Composers’ Concert where girls from the GCSE and A level classes performed their own compositions. We also had the pleasure of listening to Julia from Yr 9 performing her own guitar piece called ‘Untitled’. The girls introduced each piece themselves and gave us some musical insight to their creations. I was very impressed by the talent and variety of compositions, from piano sonatas to choral works. There was a very special moment when Flora and her father performed together. Well done everyone, as I can imagine that it takes some courage to stand up and perform but even more to perform your own composition.

The Science department returned from a fabulous trip to Iceland where the girls were treated to the spectacular scene of the Northern Lights. They were lucky enough to see them on more than one occasion and they showed me some magical photographs. What a lucky group! 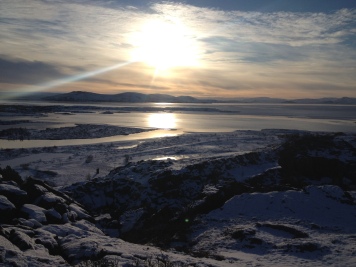 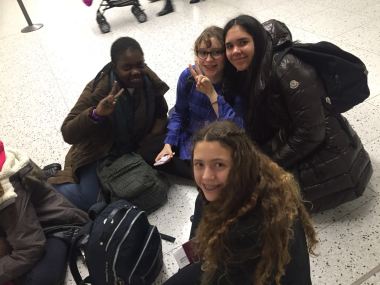 Congratulations to Emilie in Year 8 for being enrolled in the guild of St Stephen and receiving a bronze medal for being an altar server for one year at her parish church. St Stephen is the Patron Saint of Altar Servers. Emilie is also one of our altar servers and she always serves with reverence and understanding.

On Wednesday, Mrs Hunt and the Year 8s ventured across the river to the Tate Modern.  En route they discovered various facts about the gallery which used to be Bankside Power station. Originally built in two phases between 1947 and 1963, it was designed by the architect Sir Giles Gilbert Scott, who also designed Battersea Power Station and Waterloo Bridge.

This History of Art trip was for Year 8 to view Appropriation in and by art – a topic they have been learning in class. They viewed the 4 main collections, covering a wide variety of art over themes entitled Citizens and States, Media Networks, Making Traces and Material Worlds.  The different collections included household names such as Picasso, Leger, Van Doesburg, Warhol, Boccioni, Rothko, Miro and Mondrian alongside more obscure artists. This links to the current work Year 8 are doing in class and we look forward to seeing how they respond personally to the images they have selected to research further.

On Thursday, the Sixth Form visited the Monet to Matisse show at the Royal Academy. The show takes as its starting point the Impressionists’ initial focus on the everyday and the play of light on outside spaces that took their interest from the 1860s onto the end of the century. Moments and fragments of time and space are captured with the recognisably light, arguably unfinished strokes of Manet and impasto over-working of Van Gogh, to the romance of Renoir, and the japonism of Manet.

We had a visit from Mrs Boulter and her bouncing baby Bruno. It was lovely to see her and the girls went crazy when he gave us a big smile.

Have a peaceful half term holiday and see you on the 22nd for the ‘Managing Screen Time’ Talk with Dr Sigman.

We pray for the Church and the Pope who leads our church. We thank our teachers and parents for the education of the Lord.