This has been an extremely busy week for us all, culminating in Open Evening last night where we opened our doors to over 350 people. I was very grateful to all the girls who gave up their evening to guide, demonstrate, perform and chat about their life at More House- they all did a wonderful job and it was lovely to have so much wonderful feedback from our guests. Grace in the Upper Sixth spent the evening showing people around even though it was her 18th birthday!

Last Saturday, Miss Dale took the Year 10 GCSE girls to the exuberant Royal Albert Hall to watch the Royal Philharmonic Orchestra. The girls were taken from outer space, to archaeological adventures, to everyone’s favourite alien returning home. It was the ultimate celebration of John William’s best works. He wrote scores such as Superman, Indiana Jones, E.T, Schindler’s List and Star Wars. The girls were mesmerised by the orchestra’s dramatic emotions. It was a great concert.

On Tuesday evening we had the annual fundraiser for the music tour to Austria. The evening was filled with delicious food, great company and some fantastic entertainment. We were serenaded between courses by Matilda, Phoenix, Millie P, Millie C-B and Matty, Miss Mulley and Miss Calderwood. The aim of the evening was to raise as much money as possible to help pay for the little extras when the girls are away. We raised around £4000 which is an incredible amount. Thank you to everyone who supported the evening by joining us, sponsoring the food, donating prizes or working behind the scenes.

Congratulations to our U15 Netball team following their massive 32-15 victory over Portland Place on Monday evening. They’re certainly enjoying their successful start to the season. A huge congratulations to all of the girls who took part in the Mini Marathon at Holland Park on Wednesday afternoon. Our Sports Captain, Maria, qualified for the London Youth Games Cross Country Competition in November. We will be sure to keep you posted! Congratulations to Scarlett who came 13th, and Daphne who came 20th. Well done to Millie C, Charlotte S, Niamh, Paula and Amalia who also took part.

On Wednesday, Year 8 went to the Tate Modern, primarily to see the Georgia O’Keeffe exhibition, but also to look at the permanent displays of Modern Art and the new conceptual installation in the Turbine Hall. The girls enjoyed the diversity of the O’Keeffe works on display, from charcoals to huge landscapes; flowers to cityscapes of Art Deco New York and burnt deserts of New Mexico.

The girls toured the permanent displays on Modern art covering diverse themes as communication, war, society and then toured the new Switch House with its fantastic array of contemporary conceptual and experiential art, and of course the fantastic view from the top of London’s skyline.

On Wednesday afternoon, we were delighted to welcome back Old Girl and Opera Singer Jessica Costelloe as part of our More’s Household Speaker Programme. Our girls were completely blown away by Jessie’s incredible voice, and were left inspired by her powerful message of how vital commitment is in fulfilling your potential. Some were even spotted skipping to Tour Choir afterwards!

Jessie joined us at More House in 1999, having moved over here from Dublin with her large family. She spoke of her dedication to her singing, and the sacrifices that she had to make as a teenager. She attended the Junior Division of the Royal Academy of Music, and would rehearse every Saturday from 8am to 6pm! Jessie moved to New York on her own at just 18 years old to attend the prestigious Juilliard School, and spoke of how important it was to discover who she was a person to truly be able to express herself through her voice.

In both 2013 and 2014, Jessica was a Young Artist for Garsington Opera (UK), followed by Grange Park Opera (UK), in 2015. Jessie made her BBC Proms debut last year in Fiddler on the Roof. It was such a pleasure to have her back, and the girls were suitably impressed by her voice and her dedication! 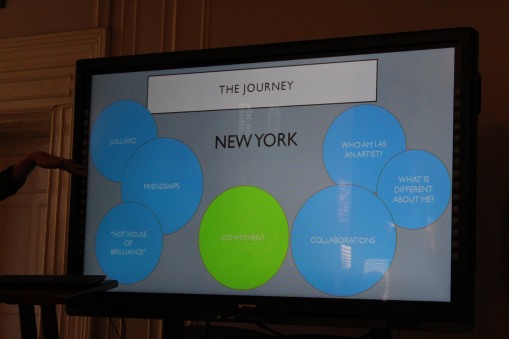 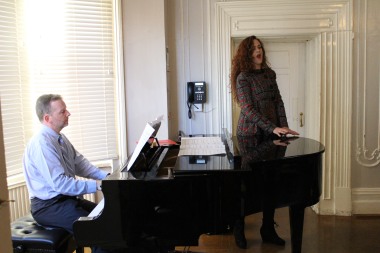 Don’t forget about the pre-tour Music Concert on Monday evening. It will begin at 7pm, at St Barnabas Church (SW1W 8PF). This will be your only chance to see these pieces performed in all their glory before our girls leave for Austria next week!

Have a lovely weekend,

Prayer taken from this week’s Spirit and Truth programme:

Heavenly Father, though we may not immediately see that there is a plan for our lives, help us to trust that you want the best for us and will eventually deliver us. Give us courage to tackle injustice ourselves instead of relying on you to solve all of our problems.

Lord, in Your mercy, Hear our prayer.