Happy New Year and a warm welcome back. We have so many exciting events and initiatives planned for the spring term 2018, which you will hear about in due course through bulletins from Miss Brown (Director of Pastoral Care) and Mrs Boulter (Director of Studies).

It gives me great pleasure to welcome some new faces to the staff room. Mr Synott will be joining us in the classics department, while Mrs Gilbertson is on maternity leave. Until her return, the department remains in the very capable hands of Mrs Tunnicliffe and Iona house is being led by Miss Davidson. Miss O’Callaghan has joined us in the drama department while Mrs Fischer is on maternity leave. Finally, Miss Radzvilaite has joined the music department (following Mr Anstice’s departure) and Miss Lo also (covering for Miss Dale who is on sick leave – we wish her a speedy recovery).

The first week back always feels strange, as year 11 undertake their mock GCSE examinations. Furthermore, as you are aware, the school is closed today for years 7 – 10 while the year 6 applicants sit their entrance examinations also. We wish our year 11 students and year 6 applicants the best of luck!

Last week, our sixth form enjoyed two core religious studies ‘drop-down’ days. The course is delivered to the students as part of our mission as a Catholic school in the diocese of Westminster. The students were visited by individuals from a number of different organisation, who discussed the experiences of a lived faith.

On Thursday, they spent a morning with Lee from Shambhala Buddhist Centre who led a workshop on Buddhist beliefs, traditions, meditation, and reincarnation. In the afternoon, Kevin from CAFOD spoke to the students about the organisation’s tireless work for the poor in the developing world and how climate change is ravaging the lives of the most vulnerable. 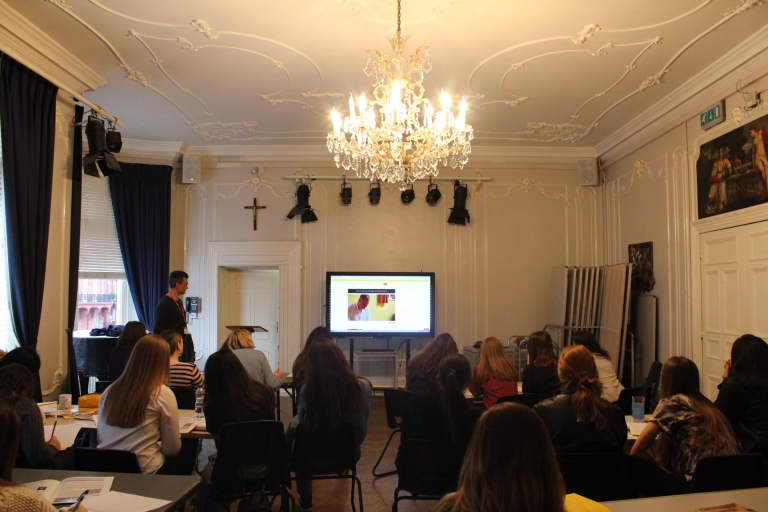 Friday saw a carousel session of workshops: Anita from the Salesians addressed the students on stereotyping women in the 21st century; Julia from the Westminster Justice & Peace Commission steered a passionate debate on migration; James from the Columbans introduced them to the work of Dorothy Day and the Catholic Worker movement; and Max from Pax Christi led a discussion on whether it is acceptable to engage in peaceful protest to prevent warfare. The day closed with a session on the veil in Islam, led by Mr Green, asking the sixth formers if modesty is confined to a person’s dress. 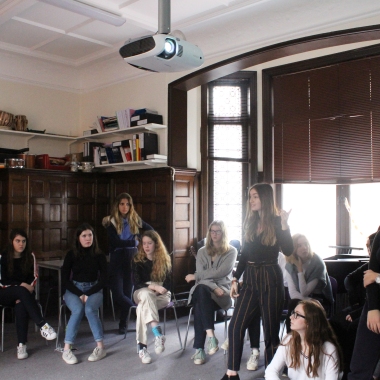 All that debating, deliberating, and digesting left them tired but inspired and eagerly awaiting the next core religious studies course!

And in other R.S. news, Miss Gulin taught 9GH about Shabbat in her class and delighted them with delicious, home-baked Challah bread. 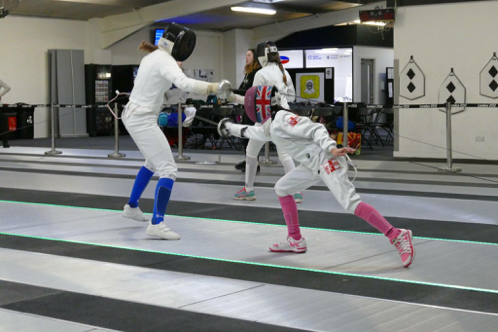 As you can see from the photo, she is proudly wearing her New England Squad badges, signalling her rank as number 1 under 13 female. Well done Eleanor, and all the best for the rest of the year! 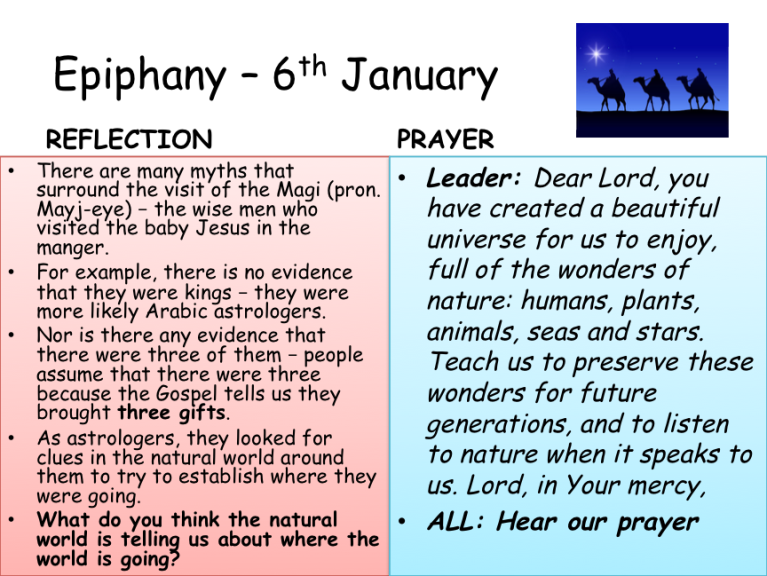