What a difference a week makes! You’d never know that less than two weeks ago, More House was covered in snow. We’re happy the warmer weather seems here to stay, though.

We packed a lot into last week, as usual. Here’s our report.

Bolly Street is a fusion of Bollywood and Street dance. The girls have been practicing really hard over the past two terms.

They looked amazing and performed brilliantly! Here is a link to their performance.

We had an incredibly exciting week of events to celebrate National Careers Week, coordinated by Mr Carroll. He details a full report on the rich array of events here – read all about our inspiring speakers, the secret past lives of More House teachers, and more! 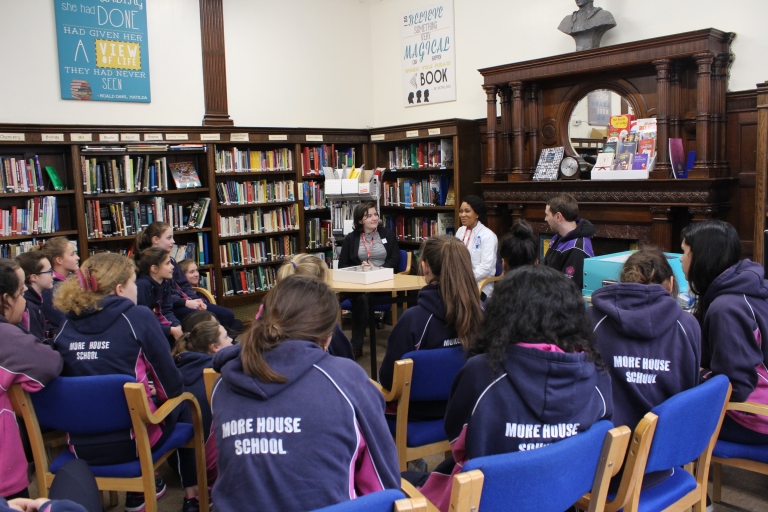 A huge thank you to Mr Carroll for curating such a successful week of events for our students.

Netball U12 and U13 versus Portland Place mini tournament – More House won 6-2!

16 girls competed in the National Junior Indoor Rowing Championships at Lee Valley Sports Centre. It is the world’s biggest national indoor rowing competition. There were over 2,500 people participating and lots of famous faces attend. 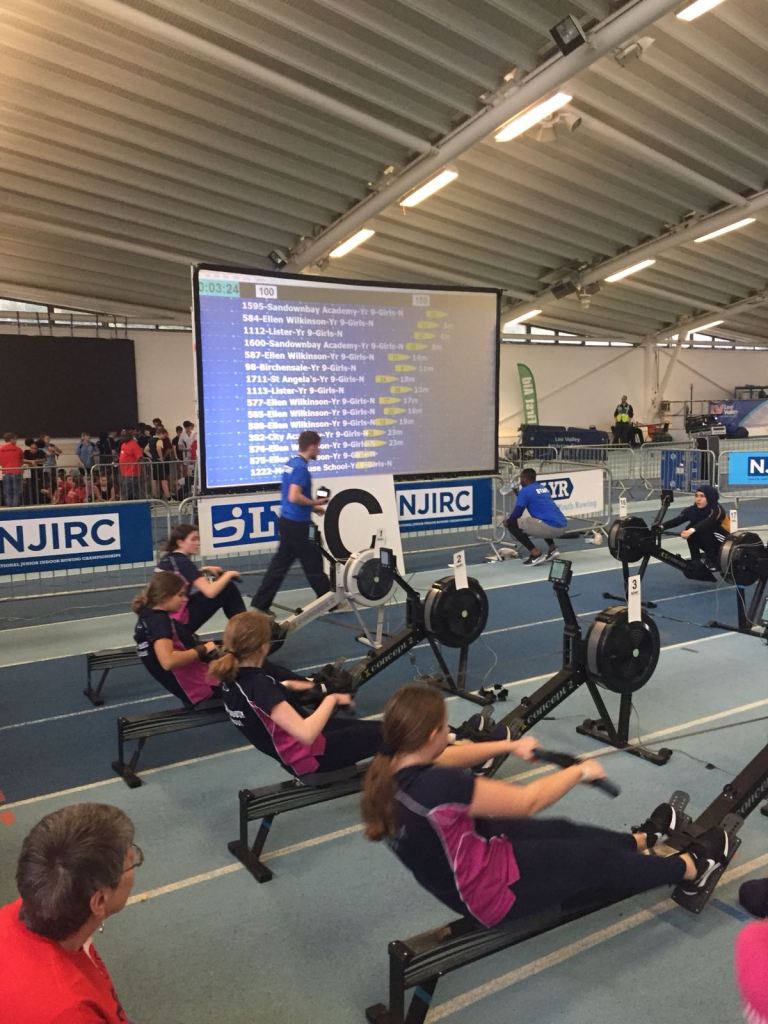 All Too Human Exhibition

This week, the art department took years 10 and up to see ‘All Too Human: Bacon, Freud, and a Century of Painting Life’ at the Tate Modern. The exhibition showed the representation of the human figure in paint.

The girls found this very inspiring in terms of ideas and use of materials and were able to find a piece of art work that related to their current self-directed project.

Tavy, Francesca, and Julia – all year 8 pupils – have been involved in the school debating club and recently took part in the London Schools Debate organised by Godolphin and Latymer school.

More House hosted one of the rounds last month and the team put up a strong and impressive challenge against Francis Holland and Ibstock Place schools. However, it was our most recent challenge that has really proved successful. The third round of the competition was hosted by Francis Holland and Mr Hegarty was pleased to congratulate the team on winning their prepared debate: This House Believes that we should tax junk food.

As usual, the unprepared debate was a difficult challenge but the team again were complimented by the judges for their delivery and application – who knew they were so well informed about hunting!

Well done to all the girls who took part. The club hopes to develop next term to include girls further up the school and will organise more external debates with local schools. And parents are always welcome to attend – so watch this space.

The sixth form students gave an excellent assembly on the “Amazon tree octopus” and how it is becoming an endangered species. However, there was a fantastic twist to their plug as it was all FAKE NEWS. I am sure they had a number of us convinced that this was a real species! A great lesson in how to spot fake news.

On Thursday evening, the drama department delivered another excellent production. The junior school play was a devised piece, written by our very own Miss O’Callaghan, entitled Curiouser and Curiouser.

It was an incredible adaptation of material from Lewis Carroll’s Alice in Wonderland and each actress was able to have her moment to shine in the play. The plot was equal parts funny and touching, weaving in the significance of time, empathy, and confusion about the self. Moreover, the delivery was fantastic, and the lighting, music, and set were perfect. 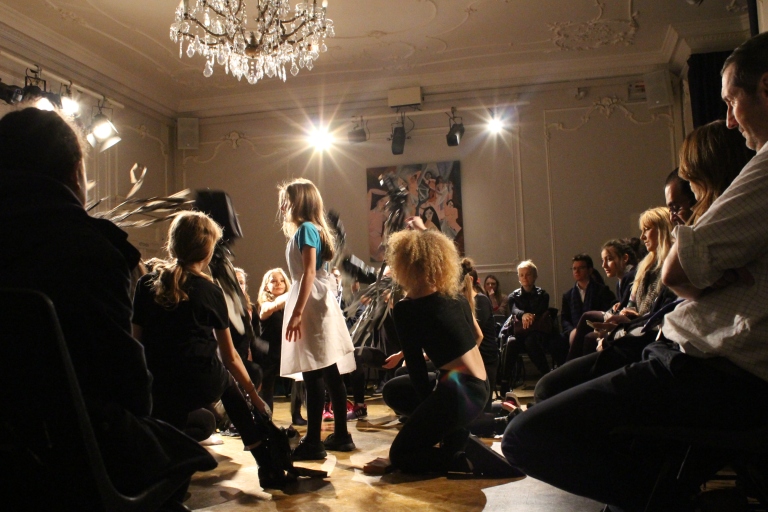 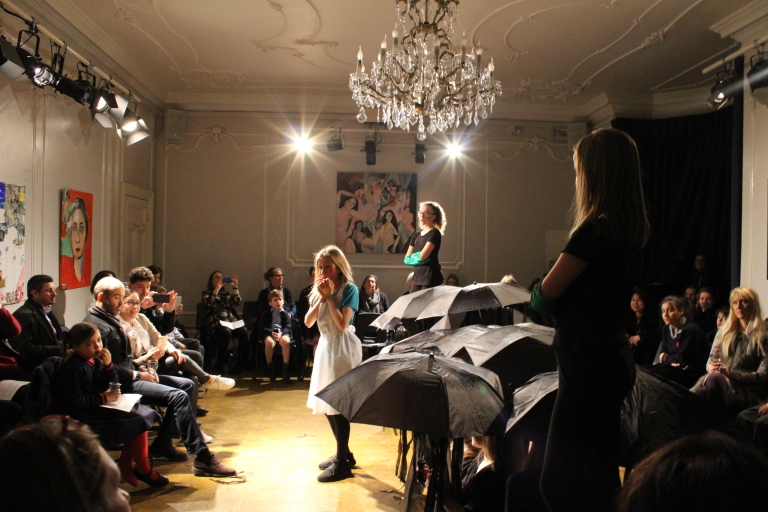 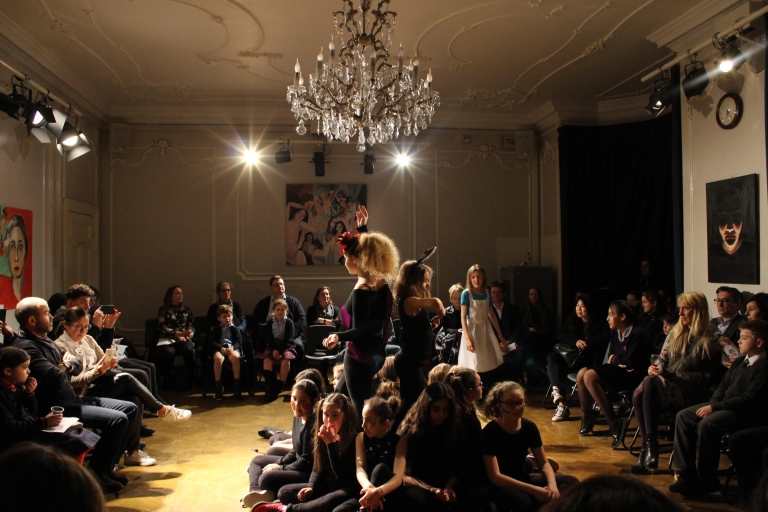 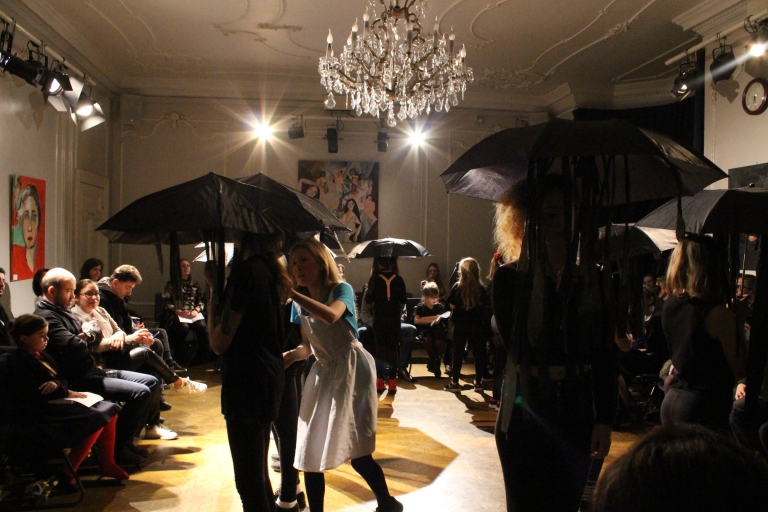 Well done Miss O’Callaghan and a brilliant job to the entire cast! Thank you also to Amara R for her supporting role as assistant director and Sophina B-D and Emillie M for their assistance as stage directors.

March 8th was International Women’s Day and once again More House celebrated in style! The girls took part in a ‘Bad Girls Throughout History’ treasure hunt (taken from the beautifully illustrated book by Ann Shen).

All entries were put into a draw and Elisha A in 7AJ won a golden Lint Bunny for her entry. Her choice of inspirational woman was Rosa Parks ‘because she stood up for herself and everyone else’. An extra credit went to Katharine O, who got her entry in first. Well done Elisha and Katharine.

Now, on to another busy week!