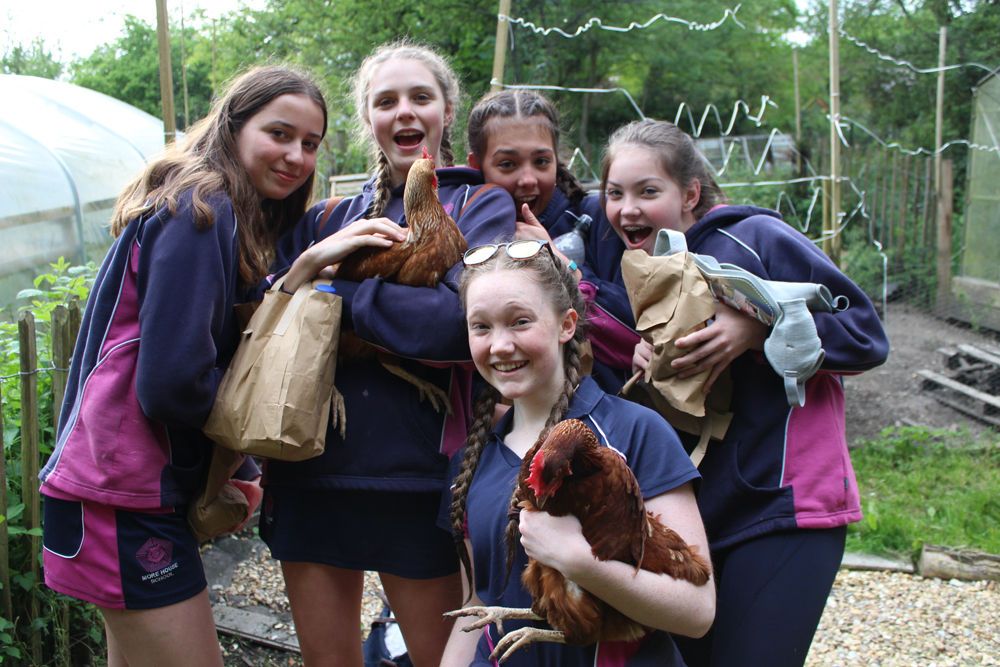 We hope you enjoyed a warm and sunny bank holiday weekend – let’s hope the sunshine and warmth lasts for the rest of this term! We took full advantage of the gorgeous weather to enjoy a multisports day at Bedales School and play rounders fixtures in Battersea Park. Here’s this week’s update.

It was a glorious, sunny day and the More House girls were full of excitement and anticipation as we boarded the coach for Bedales. The day was set to be full of fierce competition, made even harder as Mrs Leach would be forced to choose between her school and her family.

On arrival, we were greeted by beautiful rolling fields and impressive school buildings – a stark contrast to the bustling streets of our Knightsbridge home! Soon after, the games began. After tossing a coin, both of our rounders teams were out on the field. On pitch two, the Bedales girls found the “Triangle of Doom” at backstop, first base, and bowler – Niamh O’S, Amalia B, and Olivia B – too hot to handle. Many batters were out before they’d even begun and with some fantastic tactical moves, the girls on pitch two were winning!

On pitch one, there were some fantastic throws from deep field, from Clemmie K and Katrina C. During the batting, Yasmin H – our sure bet of a rounder – was fully living up to her reputation. Millie C was proving troublesome to the opposition as she continuously scored rounders. Unfortunately, a fantastic catch saw her go out to none other than Mrs Leach’s eldest daughter. A true test to see where our Co-Head’s loyalties lay! She sighed loudly with sadness for Millie but chuckled quietly for her daughter, a fair reaction.

After another innings for both teams, More House pitch one came out on top winning 12.5 to 12 and pitch 2 was narrowly defeated 11.5 to 13. 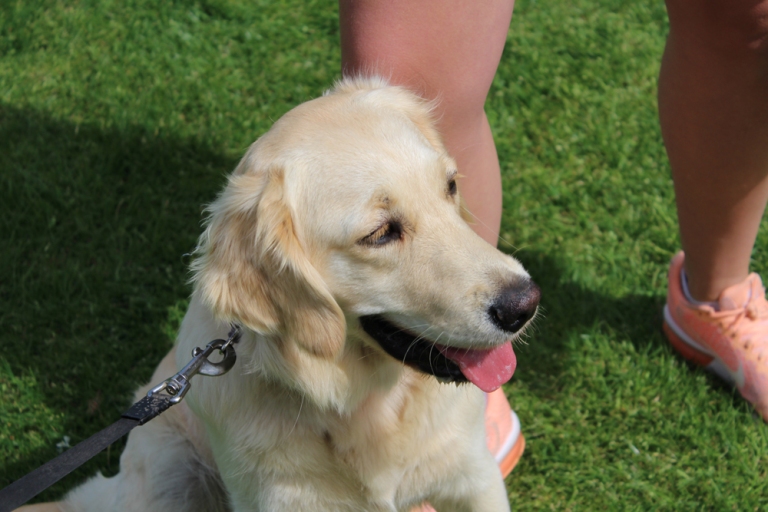 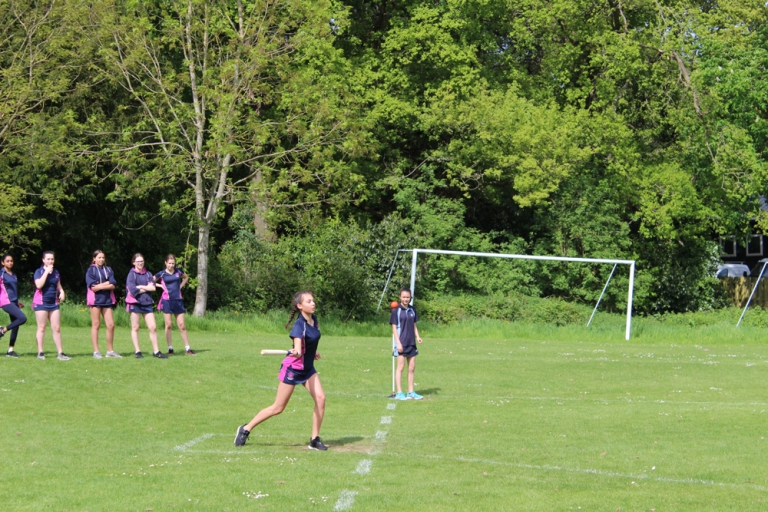 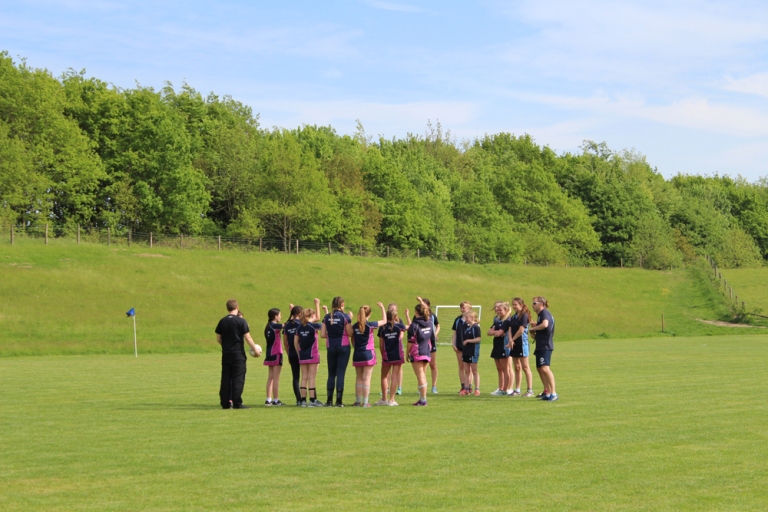 In the meantime, there was a football match unfolding close by. It was a well-fought game with Elizabeth A being likened by some on the sidelines to David de Gea in goal. A lightning-quick hat trick in the first 15 minutes by Hana S left the Bedales team stunned. More House went into halftime 3-0 up, with Bedales unable to break the stubborn defence of Eya R, Phoebe L, and Josie G. This was helped by the untiring tracking back from midfield of Daphne T and Katherine O who refused to slow down. Changes at half time saw a change in the line-up but no change in the attacking intent of the team. Hana added two more second-half goals to her tally as the game ended 5-3 for the first ever competitive victory for More House FC. Post-match interviews completed, we moved on to our next battleground, the swimming pool.

After a quick warm-up, the “More House Mermaids” were looking professional in their bright pink hats and towels. A strong start in the backstroke from Millie P and Emma B settled everybody’s nerves. A very close race in the breaststroke saw Hope H maintain her title and the fastest girl in the water, with Daphne T close on her heels. A great effort from Issy S, Eya R, Daphne T, and Francesca M saw More house taking 1st-4th place in the freestyle race. With just the relays to go, the scores were even. After a valiant effort, Bedales School managed to just beat us on points.

However, now the competition began in earnest with water polo. The water polo was the most heated play of the day. Emma B scored multiple goals with the greatest determination – no one would have stood a chance in goal. Even Miss Hails got involved by putting her body on the line and taking a shot to the face from the sidelines.

A fantastic afternoon of sport over, we were treated to some relaxation time playing in Mrs Leach’s garden, where we were reunited with the science department chicks from last year – now a friendly trio of hens – bounced on the trampoline, and had fun with Orla the Labrador. To top it off, Mrs Leach returned with a freezer box full of ice creams for us all.

Well done to all the girls involved and a big thank you to Bedales School – we will see you all again next year! 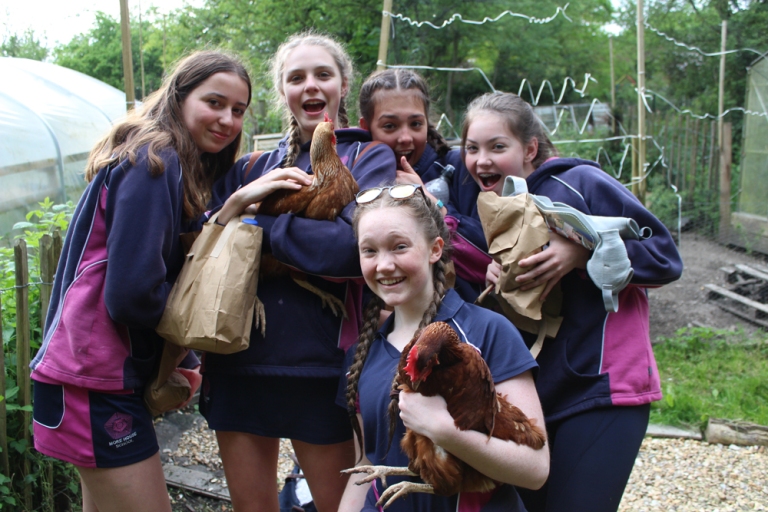 With the London Schools Debating challenge over, the summer term tends to be a bit quieter for Debate Club. Last year, we organised debates with our neighbours, Hill House, which proved a great success. This year, we have thrown our net even wider and hosted another local school, Sussex House, on Wednesday for a friendly debate. A group of year 7 students joined us to debate the motion “This house believes single-sex education should be banned”, with More House against and Sussex House for the motion.

The debate was lively and full of interesting facts and opinions, with Tavy, Julia, and Francesca strongly defending their position to maintain a single-sex education system. Sussex House gave the proposition a fair and thoughtful exploration in retaliation. Judging was tricky as both teams had their merits. It was pleasing to hear such positive comments from the judges about the More House team and Tavy was particularly congratulated not only on her deliver but also on the quality of her speech.

The team have really improved their debating technique – their points of information were sharp and successfully challenged and destabilised the opposition. Sussex House returned with some quick rebuttals and it quickly became obvious that the teams were pretty evenly matched on this occasion. As this was their first meeting, it was a polite and welcoming debate, offering an enjoyable try-out for the future.

Hopefully, we will have similar events on the calendar next year and the Debate Club hopes to extend the invitation a little further to include even more schools. The club has moved from lunchtime on Tuesday to early morning on Thursday, allowing us to spend more time on our preparation for debates. Furthermore, we hope to introduce some year 9 and sixth-formers to the Debate Club as well – watch this space.

The year 11 students enjoyed their last afternoon of science class this year with an outdoor study trip to Hyde Park. We took full advantage of the weather and had a picnic together under the trees, before heading to ‘The Lookout’ Education Centre to revise our ecology and carry out some practical work comparing a very biodiverse meadow to a mono-cultured lawn. It was a fantastic way to end off two years of GCSE biology study!